Why Women Need to Speak Up More 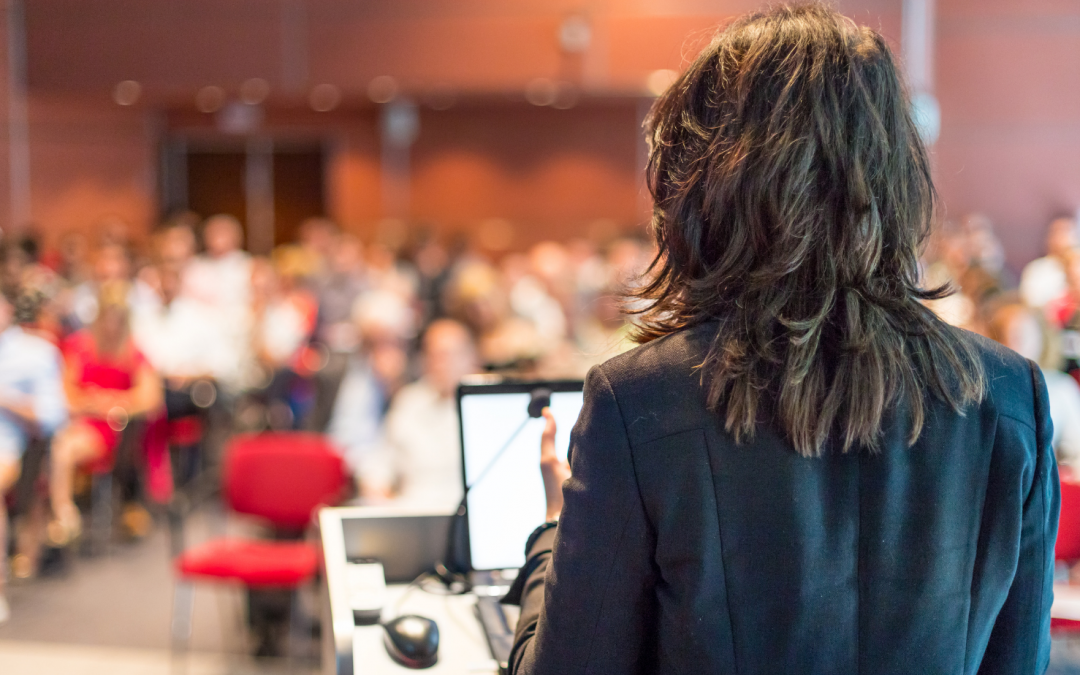 Although women make up about half the UK population, it’s concerning to see that we are largely under-represented as leaders in many industries, politics, and even events like public speaking. While this issue has been a systemic problem in our society, there are steps women can take with themselves to expand their influence and overcome these barriers.

When it comes down to it, there are 3 main reasons why women have a fear of public speaking:

The fear of getting on stage is not only paralyzing for many, but it can be disruptive towards building a future, such as:

It might be comforting to know that a fear of public speaking usually starts at a young age. During my career, I had the pleasure of teaching teens, age 14-15, the art of public speaking. While nearly all were terrified at the onset of our seminars, many of the students could give a 2-minute speech without notes by the end of the day.

The problem, however, was that the boys were incredibly more eager than the girls to raise their hands first and volunteer. What’s even more interesting was that I found the girls to be better public speakers overall, but they didn’t seem to know it because of confidence issues.

Louann Brizendine, M.D’s book ‘The Female Brain’ states that women have a larger part in their brain for communication. Since women have historically been the caregivers and the ones who speak a lot to our children, women have developed a superior evolutionary ability to communicate.

Despite this ability, it appears that many women are stuck in their heads when it comes to public speaking. Women tend to have intrusive negative thoughts like “Can I do this”, “What if I make a fool of myself”, or even “Is what I have to say worth listening to?” These thoughts are the exact things that women need to overcome and replace with more positive and encouraging ideas.

While this is a common problem amongst women, there is a solution called the Decide Commit Resolve Formula. Initially coined by Tony Robbins, this idea explains that successful people follow a common thought pattern:

When it comes to implementing this in your own life, here is how you can do it:

Step 1: Embrace that we only really learn in the ‘doing,’ the implementation phase of anything. As Nike says ‘Just Do IT’ as that is where you will grow the most.

Step 2: Know that you have always worked things out, and in the process, you learnt. That is why you are at the stage you are today.

Step 3: Implement the Decide, Commit, Resolve formula and see the results come flying through. Then you can assess what worked and what didn’t work.

Remembering not to beat yourself up, as you will then implement what was missing the next time.

Ladies, let’s be a role model for the younger generation, for all those young women out there to show them that we also can be fearless, bold and courageous by speaking up and out.